Sri Maan (most honourable) Sant Giani Sundar Singh ji was born at amrit vela (ambrosial hours 2am - 5am) village Bhindran Kalan state Firozpur in the year 1883. Their fathers name was Baba Khajaan Singh and their mothers name Bibi Mehtab Kaur. At the age of 6-7 years his parents who practiced the path of Gursikhi gave him the duty to milk the buffalos and cows. This was so they could learn and understand the teaching from Guru Ji.

ਘਾਲਿ ਖਾਇ ਕਿਛੁ ਹਥਹੁ ਦੇਇ ॥
One who works for what he eats and gives some of what he has.
(Ang 1245 Sri Guru Granth Sahib)

Their father at the same time taught them the banis of: Panj Granthi Baaee Vaaraa(n) Bhagat Bani and Das Granthi. Around the age of 9-10 years they were taught how to read Sri Guru Granth Sahib Ji correctly and became an Akhand Paat(h)ee by the efforts of their father. It was at this time they joined the Khalsa Panth by taking Amrit from Panj Pyare. Until the age of 17 years they stayed at home learning the understanding of Gurbani and developing their practice of Sikhi.

At the age of 18 Sant Giani Sundar Singh ji left home after doing an Ardas (supplication prayer) to Guru Ji for an improvement in their Sikhi and for increased understanding of Gurbani. After having the sangat (company) of many Gursikhs and spiritualists they came to the sangat of Baba Bishan Singh Ji at Murale. It was here where they gained the complete understanding of Gurbani (Brahm Gian) this being done within two years.

Before Sant Bishan Singh Ji ascended to Sach Khand (Higher spiritual plane of nether world) they gave Sant Giani Sundar Singh Ji the chance to ask for anything they wanted as they had spent their time at Murale doing selfless service. They replied without any ego "it is up to you to decide" what you grace me with. Sant Bishan Singh Ji declared that they should for the rest of their life preach the word of Guru Ji teach the sangat the meanings of Gurbani so they may join the path of the Khalsa. By doing this Sri Guru Nanak Dev Sahib Ji and Sri Guru Gobind Singh Sahib Ji would forever look over you they added. On the 13th day in the month of Maagh 1962 Bikramee 1905 eesvee Sant Bishan Singh Ji themselves tied the dastar of Damdami Taksal around the head of Sant Giani Sundar Singh Ji Bhindranwale.

To make true the final words of Sant Bishan Singh Ji they preached the word of Guru Ji continuously touring around India. They guided people onto the path of the Khalsa helping them avoid the falsehoods in the world. Sant Giani Sundar Singh Ji would forever keep themselves in the remembrance of Guru Ji and whenever they would do Katha they would bring peace to the listeners. One day while they were doing Gurbani Katha by the grace of Guru Ji a miracle occurred Amrit (nectar) started dripping from a corner of the 'chandoaa' (canopy). The sangat at the Gurdwara noticed this and one or two even tried the Amrit and experienced a great sweetness.

To their students they made it known that as well as being efficient in understanding Gurbani and forever remembering Guru Ji everybody should be efficient in Shastar vidiaa. They would say that each Sikh should be able to defend and protect the needy. They felt it was necessary that every Sikh should follow the command of Sri Guru Gobind Singh Sahib Ji of being true Saint-Soldiers.

They did much to promote the 5 K's (Kes Kacchera Kirpan Kanga Kara) they stated that they are not merely uniform but on the contrary they are there to develop our outer physical practice of Sikhi and our inner thought processes. The wearing of the 5 K's is the command of the Guru obeying this command many Sikhs have flourished in their Sikhi and will do so in the future.

Even though they became quite ill to a long-term illness in 1929 AD Sant Giani Sundar Singh Ji forever remained in high spirits. They continually remained in full concentration of Guru Ji at all times. They passed on the selfless service of continuing Sri Guru Gobind Singh Ji's Damdami Taksal to one of their students Giani Gurbachan Singh Ji Khalsa.

Within the command of Guru Ji on 15th February 1930 AD in the village of Boparai at Gurdwara Sachkhand while listening to the kirtan of Asa Di Var at around 8:15am they left the world for the charan of Guru Sahib.
In their time they completed the Katha of Sri Guru Granth Sahib Ji 21 times. While completing their seva they had about 1300 students of whom 1000 became Akhand Paat(h)ees 200 became preachers and 100 katha vaachiks. Sant ji paid for all the costs incurred by their students. Sant Giani Sundar Singh Ji spent all their life in the selfless service of the Khalsa Panth. 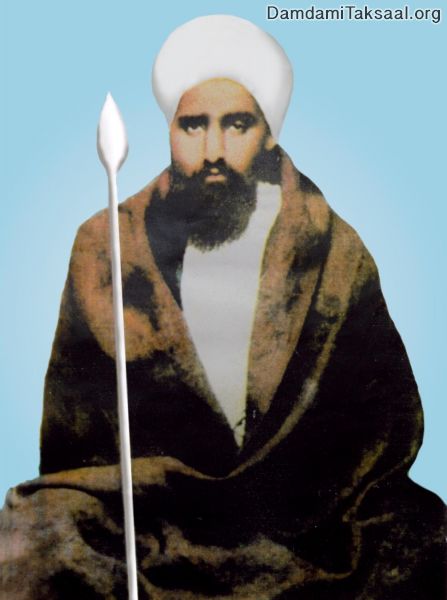 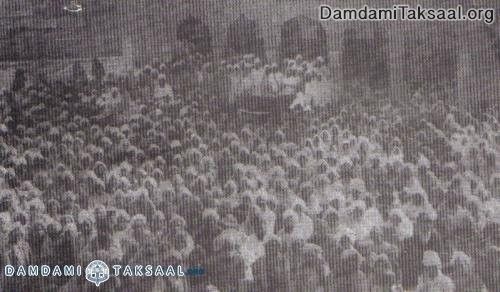