Sant Daya Singh ji became the Jathedar of Damdami Taksal after Giani Bhai Sant Singh ji. Sant ji would daily perform Katha at Darbar Sahib and teach his students the knowledge of Gurbani in the Parkarma. Gursikhs were made into great Kathakars (preachers) and paathis (readers of Gurbani) by Sant ji. One of their best students was Giani Bhagvan Singh ji who wrote Gurbani sateeks and was later honored with the Seva of being Jathedar of Damdami Taksal.

The son of Bhai Daya Singh ji was involved in a murder. The courts decided that he would be hung. The Gursikh sangat asked Sant ji what should be done to save him. Sant ji declared that what will be will be they stayed within the Hukam of Akal Purkh and their son was hung. They didn't show any attachment or ego throughout this period. They stated the following to their widowed daughter in law:

"Your husband has passed away. If you want worldly pleasures then you can leave but if you want the happiness of Guru Sahib ji then stay and take part in the langar seva of the Gursikh sangat."

She decided to stay and defeated her attachment of worldly pleasures. Whoever did the sangat of Sant ji would defeat this attachment also.

Sant ji were strict in their rehat (discipline) and along with doing a lot of meditation they would preach Gursikhi. Many people took Amrit just by listening to them. There was a saying within the Gursikhs of the time: Aurangzeb wouldn't have made the same number of Muslims with his sword as Sant ji made Gursikhs with his preaching and by their exemplary lifestyle. With great love and respect Sant ji was known as Dilbar (the knower of your heart) by the Gursikh sangat. 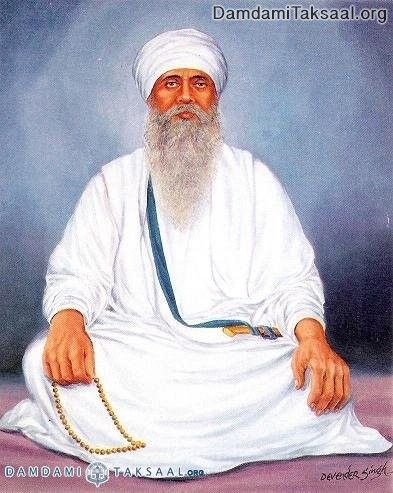